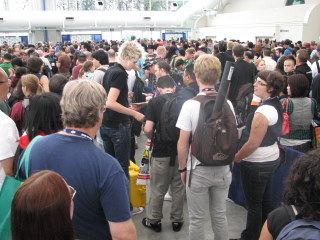 I’m not sure why I like starting each day’s post with a picture of the line to get into the exhibition hall. It’s oddly masochistic about it, but I think it captures something about why I like coming to this event. In the same way music fans will wait for concert tickets,or sports fans will line up for tickets to a game, there’s some sort of commonality that bonds us. There are people of all ages in that line. I’m not the oldest (or baldest). All races and genders are pretty well represented. It’s a geek nation. 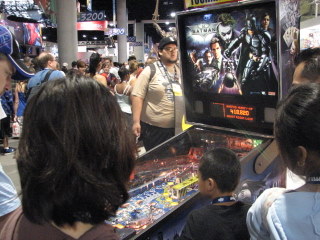 Or maybe I’m just too damn tired. I don’t think I’m going to be as chatty in this post. Although these pictures are from my third day here, I’m actually writing this at dawn on the fourth day and I’m just starting to wear down. I’ve got a bunch of costume pictures which I’ll use to fill up the end of this post. 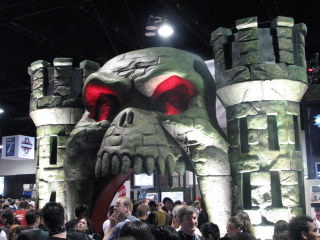 Today I focused on getting through the most crowded part of the show: the movie and TV booths. There are a lot of them here, from Warner Brothers and Paramount to the Sci Fi Channel and even IFC! They have elaborate booths with lots of props from their shows and promotional swag. I particularly liked the old-school pinball machine with the Dark Knight theme in a show where the most cutting edge video games are being promoted. 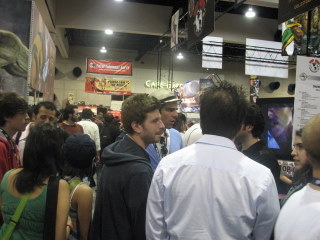 There are a variety of TV and movie stars at booths and wandering the crowds. Some are sponsored by promoters for signing events at their booths, others are here for panels discussing their movies or shows. Pictured here is Zachary Quinto who plays Sylar in the Heros TV show, and Spock in the new Star Trek movie coming out next year (oh yeah, baby!). He was wandering through the exhibition hall in the same way Kevin Spacey was yesterday, and Samuel L. Jackson was today (picture and discussion, later). There are hundreds of actors here to the delight of their fans. 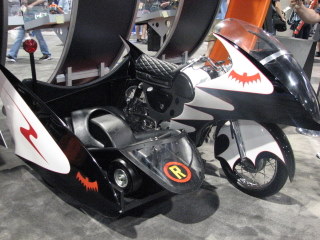 The old school genre stuff is also represented. Here’s a Batgirl motorcycle based on the old Batman TV show, and Yvonne Craig (who played Batgirl) was in the Hot Wheels booth. They were promoting the releasing of their hot-wheels version of the bat-cycles (which will be appearing in one IR Software Engineer’s office in a few days). 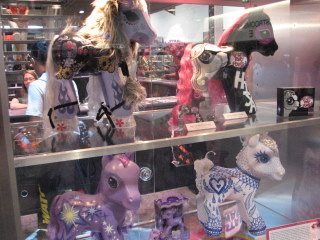 Besides the TV and movie booth, I did get through the rest of the show today. And to continue my quest of illustrating the breadth of pop culture represented here, this is the Pretty Pony display. This case was filled with ceramic models of the popular “girls” toy, painted with different designs and patterns. It was in the middle of the big toy manufacture’s section: Hasbro, Lego, Mattel, etc. 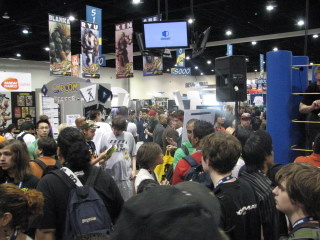 I really did get through all 52 rows of booths today (not the 56 I mistakenly reported yesterday). At that end are the video game manufacturers. I took this shot just to show the crowds at that end, and they are as well represented as the rest of the show.

I got to several conference talks today, including a discussion of visual story telling, trends in comic collecting, and a discussion of web-comics. Unfortunately I dozed in all of them. No reflection on the quality of the panels, just an expression of my lack of sleep.

The evening events were particularly interesting. I started with the Klingon Lifestyles presentation. Every year, a fan based club puts on a short play focused on the crew of the ISS Stranglehold – a Klingon warship. I won’t say that the quality of the writing or the performance are high, but the enthusiasm of the performers and the crowd make this one of my favorite events at the Con. And it’s popular! There was a huge crowd that actually broke into a Klingon drinking song at one point in the play. 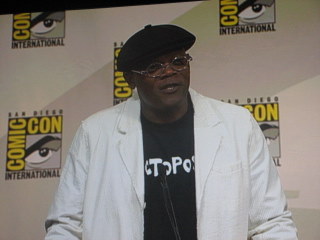 At the end of the day, I attended the Eisner Awards ceremony. This is the big award event of the industry, and as comics are becoming increasingly popular as the spawning ground of movie properties, we are seeing the stature of award presenters getting higher in profile. Yup, that’s Samuel L. Jackson who showed up to give out some awards. Several actors from TV and movies were award presenters, as well as major players from within the industry. This event has a lot of the features you’ll see at the Oscars or other high profile awards ceremonies including tearful thank yous and enthusiastic underdog winners. Also, longer than expected timing since I didn’t get back to my hotel until well after midnight. 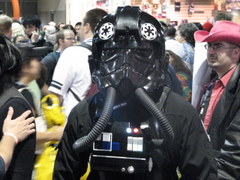 So that’s it for the day. I’ll go out on a selection of photos of folks in costume. 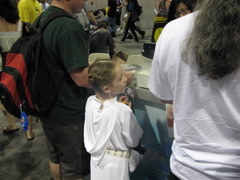 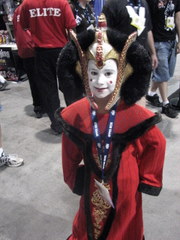 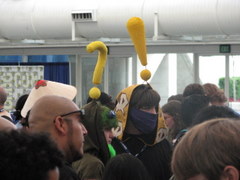 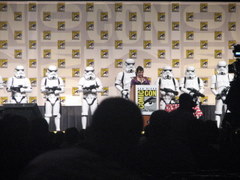 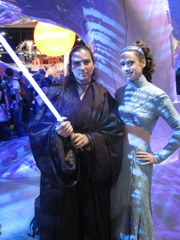 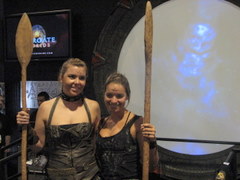 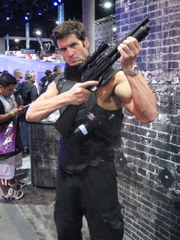 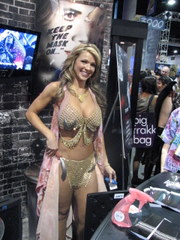 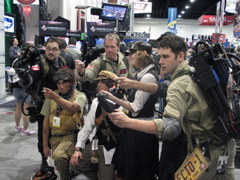 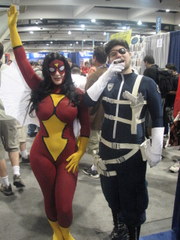 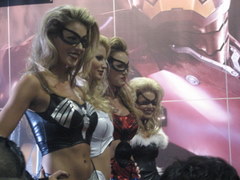