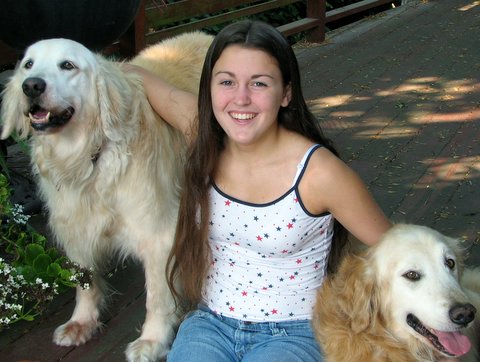 My middle niece, Kimber, celebrated her 14th birthday on Wednesday. I sometimes refer to Kimber as my stealth niece, because the first impression you get is “cute and quiet”.

Wrong! She’s both gorgeous and really funny. The first time she came down to visit us on her own, I was surprised at how hard I laughed. When she happened to be visiting while I had an improv show, she took money at the door, but she did it wearing a wig and playing a character so well that you couldn’t tell how old she was. I was in stitches. 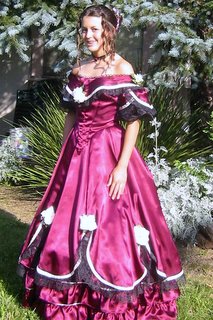 Last year, her school had a civil war era re-enactment event called the Blue and Grey Ball. She, her mother (my sister), and grandmother (my mother) made the dress in this picture. When the picture popped up on my screen in the email they sent, my jaw dropped to the floor. And now, even though it’s over a year old, this is my favorite picture of her. She still had braces on at the time, so it may not be hers.

I bet she played the part of the southern belle perfectly. That would have been something to see.

I should also point out that she’s no slouch, either. She’s an active soccer player, and has recently been getting more and more involved with swimming. Frankly, I don’t even remember which athletic teams she’s involved with.

Yup, she’s a talented, brainy stud.
The final picture I’ll post here is from Kimber’s most recent trip to Santa Barbara. We arranged the timing so she could be here for the Solstice Parade, which was its usual wacky goodness. And, she baked cookies: chocolate chip cookies. Oh man, how perfect is that. 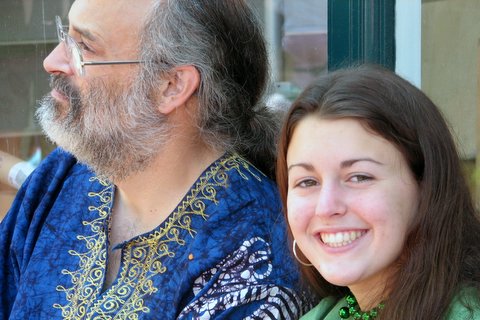