We have a Caught in the Act show coming up Saturday October 21. For now, you can find the particulars in my Improv Blog post.

Last night we had a Caught in the Act meeting in order to get ready for the new show. Improv ‘rehersals’ are a chance for the troupe to work together, try out some new games, and plan which pieces we’ll perform. We’ve lost one player and are looking to bring in some additional players, so it’s also a chance to start learning each other’s rhythms.

Last night (Saturday) my Improv Class put on a recital. It was great show and pretty well attended. I’ve got a much more extensive post in the Santa Barbara Improv Workshop Blog along with a bunch of pictures.

This was the class recital, and so I just served as MC. Between putting on the show, making sure the student/players are ready, and being MC, I didn’t miss performing. I’ll get my chance to play on stage at the next Caught in the Act show. 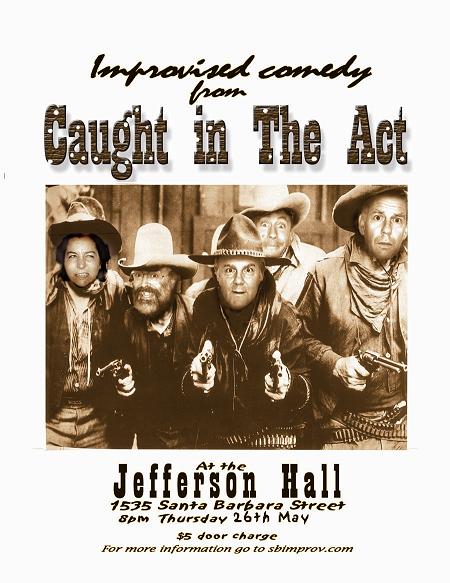